In many countries in West Africa, literacy is characterised by a paradox: the formal education system, based on the teaching of the official languages of colonial provenance, is struggling and plagued by stagnating enrolment and high dropout rates. Learners who complete primary education are frequently unable to read and write or lose their literacy and language skills because they have little occasion to use them in their daily lives. While there is a growing movement of recognising national languages through their standardisation, their use in education remains limited in scope and has low uptake. In short, at school students acquire skills that they cannot use in their daily lives (the small elite working in the formal sector of the economy relying on official languages notwithstanding).

At the same time, many West African writers do read and write, but in forms of literacy that are not recognised as such or frowned upon by linguists and education planners. The grassroots literacies they practise are old, such as the writing of African languages in Arabic characters, or new, such as Facebook posts, text messages, graffiti and signage in the linguistic landscapes using the Roman alphabet. What these practices have in common is that they are as mono-or multilingual as their writers and readers. This flexibility entails that they do not uphold strict boundaries between languages, as done in standardised writing practice. You can see some examples of how Alpha Naby Mane, LILIEMA trainer and Crossroads transcriber, uses Ajami to write Arabic and Mandinka here.

Working together in a team of Northern and Southern trainers, teachers and learners in the Crossroads project, we have developed a  method called LILIEMA – language-independent literacies for inclusive education in multilingual areas – or, as Alpha Naby Mane calls it, “l’alphabet sans frontières – the alphabet without borders”. LILIEMA builds on the actual existing grassroots literacies so that they can be used in multilingual classrooms, rather than continuing a language-based approach to education that is always based on a selection of languages and hence creates exclusion.

You can download our policy brief on LILIEMA here. An article in press discusses West African grassroots literacy practices as regimes of writing that deserve recognition. And you can read more on LILIEMA and read and watch testimonies and classroom interaction by reading on below.

LILIEMA is based on the teaching of sound-letter associations that can be applied to entire repertoires rather than being taught for a particular language. It allows inclusive literacy teaching in areas where participants are highly multilingual, particularly in small languages.

Illustration of the letter <j> in three languages

LILIEMA is inspired by the acknowledged need to develop inclusive and multilingual literacy strategies (UNESCO UIL 2017) in order to reach the Sustainable Development Goals in the domain of education. LILIEMA addresses four of the SDGs:

Where is LILIEMA being piloted?

LILIEMA is currently being piloted in two villages in the Lower Casamance area of Senegal. Both villages are characterised by intense multilingualism involving small, regional and national languages, and great mobility, including cross-border mobility spanning Guinea, Guinea-Bissau and The Gambia. 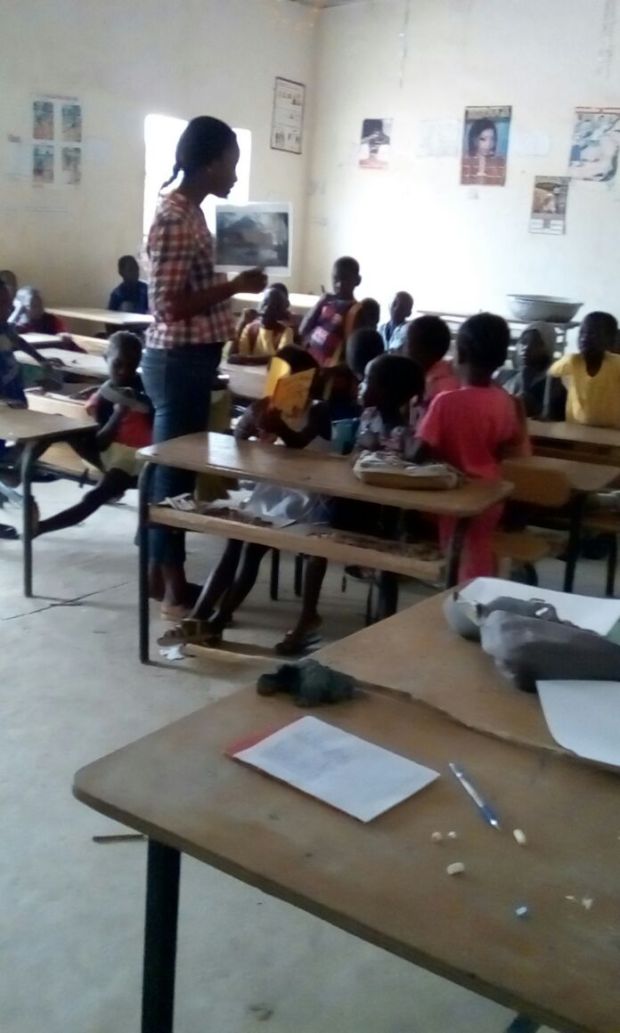 In Djibonker, weekly pilot classes have been integrated into the primary school curriculum on the request of local teachers. In Agnack, two weekly classes are taught to primary school children as part of the supplementary curriculum coordinated by local school teachers, and two weekly classes are taught to adults. All classes are developed and taught by community members familiar with the multilingual environments of their villages.

In the video below, LILIEMA trainer Alpha Naby Mane reflects on two months of LILIEMA teaching, and we can see LILIIEMA teacher Landing Biai in the classroom in Agnack Grand.

Teachers in both sites have participated in a training workshop organised by Friederike Lüpke, with the participation of the Crossroads transcribers and research assistants Alpha Naby Mane and Jérémie Sagna, Crossroads Project intern Ekaterina Golovko, and Crossroads PhD student Miriam Weidl.

LILIEMA is based on sound-letter correspondences codified in the official National Alphabet of Languages of Senegal. Rather than teaching this alphabet based on a specific language, as in most mother tongue literacy programmes, LILIEMA introduces the sound values of letters based on examples from all languages present in the classroom. LILIEMA learners learn to recognise letters and their sound values and to read and write words and short texts not just in one language, but in all the languages in their repertoires.

LILIEMA is based on official alphabets, but not on official orthographies. It does not introduce standard versions of a language or insist on standard spellings. Variation is tolerated and even expected, and it is expected that conventions will develop through use over time, as they have in indigenous writing in other contexts in Africa, for instance in Ajami writing or digital writing practices.

What are the benefits of LILIEMA?

LILIEMA reflects the linguistic realities of learners in highly multilingual settings. These learners are socialised into speaking different languages based on their trajectories and linguistic environment. Their informal digital writing practices are similarly fluid. The prescriptive monolingual context of the school is at odds with learners’ lived multilingualism. Mother tongue programmes complementing the official language context can only cater for a limited number of languages, are very costly, and always exclude parts of the intended audience, particularly in highly multilingual contexts where many small and locally confined languages co-exist.

In the interview below, LILIEMA student Papis Sagna explains what makes LILIEMA important to him. We can also see him using and explaining LILIEMA in several languages of his repertoire for the first time.

LILIEMA allows teachers to flexibly integrate the repertoires of all learners. This strategy has a number of benefits that are crucially related to the SDGs listed in 1 above:

What is the potential of developing LILIEMA?

LILIEMA teaching is not based on generic materials but on site-specific resources created by local teachers and learners themselves.

Because of its flexibility, LILIEMA can be transferred at low cost to other multilingual contexts in Africa and beyond. Possible contexts of use include, but are not limited to: