It’s been a year since we started developing LILIEMA, a repertoire-based literacy programme. We were inspired by grass-roots regimes of literacy widespread in West Africa and found them ideally suited for the small-scale multilingual context of Casamance. The creative ideas harnessed during our initial LILIEMA workshop on Orango in January 2017 have been tested since then in LILIEMA classes in two locations. 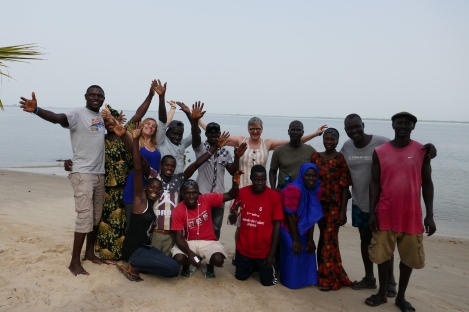 The LILIEMA team at the end of a week’s work

With SOAS impact funding, we were able to take the programme to the next level: in November 2017, we gathered the six LILIEMA teachers and trainers and five learners, all from Agnack Grand, Agnack Petit, Brin and Djibonker, villages in Casamance where the method is being piloted, for a second workshop. Our aim was to take stock of the achievements and challenges of our first trial, and to consolidate the programme.  Over six days, we decided on running the programme in two levels: an initial course for learners without or with only little exposure to Latin-based literacy, and a second level for learners with previous exposure to the Latin alphabet. For both levels, we decided on learning goals and a syllabus charting the steps towards them.

LILIEMA is a complementary educational programme that valorises local knowledge and those parts of learners’ repertoires that are not represented in the formal school curriculum or in fact anywhere in the public sphere. In the highly multilingual context of Casamance, we do not focus on literacy in a particular language, as this would turn multilingualism into a burden, exclude many learners, and would not connect to the social literacy practices used informally. Grass-roots writing spans writers’ multilingual repertoires, since they connect with interlocutors who speak and write different languages, often not separating codes but using their entire linguistic resources in “translanguaging” (García & Li Wei 2014) fashion.  LILIEMA learning goals reflect this multilingual nature of every-day interaction and are based on the purposes of existing grass-roots literacies in West Africa, which flank the formal literacy that exists for the official languages:

We devised and tested an initial assessment allowing to select participants for level 2 and decided on the length of our courses: each level will run over a school year comprising 38 weeks, allowing free time during labour-intensive periods such as the cashew harvest and the rice planting season. Once we had our matrix in place, we had to fill it with substance: six worksheets, each for one course unit, were created for both levels during the workshop, more are being added as we speak. And words from the entire repertoires of the workshop participants were collected according to the progression developed for level 1: think multilingual crosswords and scrabble combined! 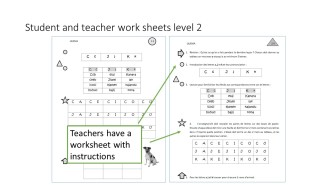 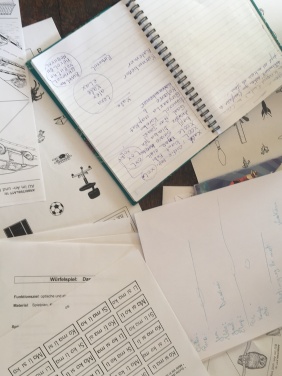 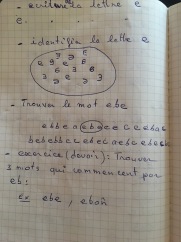 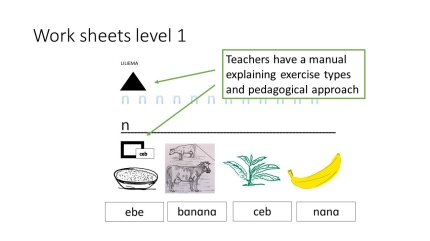 With this plan in hand, the core team of teachers and trainers travelled to Dakar, where we met our next challenge: present LILIEMA to an audience of global policy makers, development professionals, the NGO sector, private sector, arts and creative sector representatives, researchers and all those with a perspective on the role of language in society at the 12th Language and Development Conference. While there is an important body of literacy programmes in national languages in Senegal and Africa-wide, these are all language-based. Would our radically different model be favourably received? 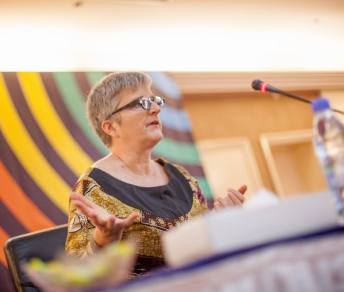 The preliminary, and very motivating,  answer is that we are receiving colossal encouragement. My featured talk on LILIEMA garnered much attention and positive feedback, so we have hopes for future collaborations in LILIEMA’s further development. But the most important signal we wanted to give at this conference was the importance of local knowledge that can only be created by local participants, and therefore, it was the presence of local teachers and trainers – not normally present at international events of this nature, where they are rather talked about – that was at the centre of our conference attendance. LILIEMA teachers and trainers staffed our stall, interacted with government officials, Senegalese and international researchers and NGO representatives over three days and hosted a party for the friends made during the conference. We all left with a huge work agenda charted out for us, but lifted up by the positive resonance we received. We have started teaching the LILIEMA curriculum and testing and adapting our course materials. Watch this space for LILIEMA phase 3!