Throughout centuries and spanning across continents, midsummer has been steeped in mysticism, rituals and folklore. And on 21 June – Midsummer’s Eve – there was no doubt that the spirits of Casamance were among us as we at Chouette Films and the Crossroads Project were able to impart some of the wisdom of Casamance’s people to a wider audience.

On the day, Crossroads PhD students Samantha Goodchild and Miriam Weidl gave a talk at the Translanguaging Symposium at the Max Planck Institute for the Study of Ethnic and Religious Diversity in Göttingen, Germany. At the same time, Chouette Films held a presentation at the AHRC Commons’ first national event, Common Ground, at the University of York. The event’s aim was to establish a new forum where Arts and Humanities researchers from a range of subject areas and disciplines can collaborate with other colleagues. Participants from organisations across the UK ran the event, including universities and colleges, cultural organisations, museums and galleries – and the activities ranged from theatrical performances to debates and film screenings.

As winners of last year’s AHRC Film in Research award, we had the honour of screening our prize-winning film Kanraxël – The Confluence of Agnack at the event’s film zone. The film depicts daily multilingual practices in Agnack, one of the field sites of the Crossroads project, where Friederike Lüpke, whose research inspired the film, conducts her fieldwork. 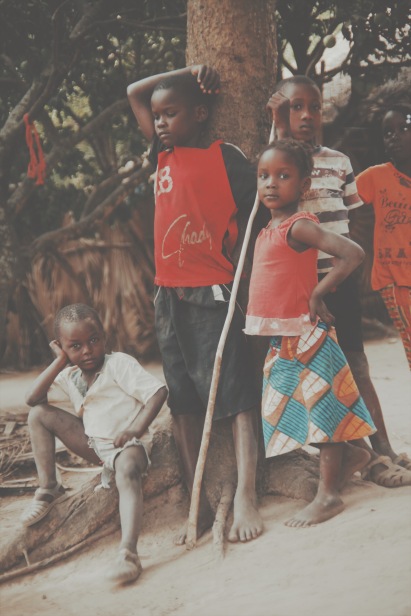 Children in Agnack grow up with at least three language, and many of them master four or more by the time they start school.

Our producer and a PhD candidate at the London Film School/University of Exeter, Anna Sowa’s presentation on ‘Indigenous multilingualism in research and teaching’ explored the relationship between research, methodology and the filmmaking process. Dr Ian McDonald, the event’s film zone leader, commented: “Anna’s presentation highlighted the need for respect and a strong ethical dimension to academic research and film production in developing countries. Anna mentioned that her team had donated their AHRC award to the villagers of Casamance as a gift and as recognition of the villagers’ status as, in effect, co-producers of the film. The presentation raised pertinent issues as we seek to raise the profile of filmmaking as practice-led research in the Academy. In bringing together grounded theory and method with a beautiful cinematic treatment of the anthropological film genre, the presentation struck the right mood and balance that set up the day to come.”

Kanraxël was well received by the audience, and after the screening, several important questions were raised: can a film be used as a tool for social change? Can a film make an impact, a tangible difference? These are especially timely questions now, amidst discussions on growing multiculturalism and in times of political uncertainty. Perhaps the people of Casamance could teach us a thing or two about tolerance and diversity…?

And what better time to start unravelling some of these questions than now: a few months ago, we sent an application to the SOAS Impact Fund to develop a set of online teaching resources and impact activities around the film. Yet again, it seems that the spirits of Casamance were on our side, as our application was approved and we are currently developing teaching materials aimed at university students and secondary school pupils. Our goal is to draw attention to the multilingual richness of the continent. We also want students from diverse backgrounds to discover connections to their own language practices – and embrace the different languages they might have grown up with. Above all, we want to highlight the richness and many benefits associated with multilingualism and multiculturalism. The new and exciting website, kanraxelfilm.co.uk, will be launched in September. 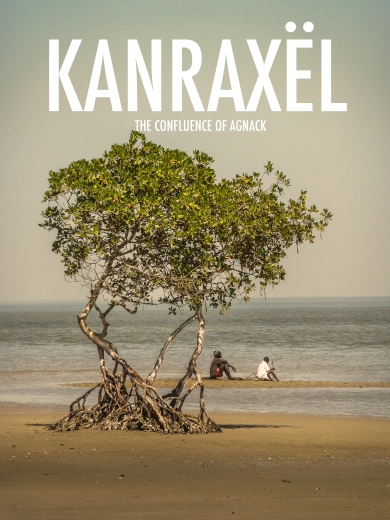 The poster for the film shows the confluence (Kanraẍel in the patrimonial language of Agnack) of two rivers that offers the beautiful metaphor that we extended to the effortless way in which people meet and mix in Casamance.

Although we are not claiming to be able to change the world, we believe that films like Kanraxël, along with the materials available the upcoming website, can equip audiences to rethink the ways in which multilingualism and multiculturalism are conceptualised. As Samm Haillay, a senior film producer and presenter at the AHRC Commons event, said, “An artist’s job is not to try and answer the huge questions, but to pose them in a way that engages those who are watching. The key is to get the audience to consider these questions, to look at their life and attempt to find their own meanings.”

Watch this space for the big launch of the new Kanraxël website this autumn. For a taster, watch this clip showing one of the protagonists and giving insight into often overlooked women’s trajectories, identities and language use here.